Here we regularly share our findings from the world of social media verification. What tools, services and initiatives are there? Who’s doing what? What’s the state of affairs regarding eyewitness media and related issues? Here is our list for this week.

Bulletin is a mobile app that, according to its providers, “allows citizens and community activists to directly report newsworthy events to journalists”. Vice versa, journalists can use Open Reporter to gain access to story leads that are submitted by citizens from all over the world. It also allows for the connecting of journalists covering similar topics or angles of a story, and receiving feedback from experts on specific issues. The latter is meant to be used specifically to verify stories. In sum, Open Reporter, so it is claimed, is “helping journalists produce informative stories, citizens raise awareness, and experts voice their expertise.”

Source: Open Reporter – thanks to REVEAL’s / SINTEF’s Petter Bae Brandtzæg for spotting and sharing this.

David Campbell, among others Secretary of the World Press Photo Contest, discusses the credibility and integrity of images. He takes a closer look at the history of the World Press Photo Awards and states that, in the 2015 contest, 22 % of entries were rejected for manipulation, applying the organisation’s criteria. The article contains many links to follow, this one leads to an extensive discussion on the detailed rules used by World Press Photo. David concludes by writing of the “need to move much of the debate about the integrity of the image towards verification, which involves much more than digital forensics.”

Here’s a relatively new tool worth watching: x-news. x-news is not primarily for verification of Social Media content, but more a kind of aggregation tool for journalists. It is to provide for credible and authoritative journalism. According to its providers, Austrian X-ART, x.news “gathers all the sources of news into one application. It alerts journalists to changes in their story and keeps them informed even on location.” We’ll be keeping an eye on it. If you want to set your eyes on some of the x.news features and capabilities, you can view a corporate video here.

Source: x-news – thanks to REVEAL’s / ATC’s Nikos Sarris for spotting and sharing this.

“The Journalism of Terror”: the role of journalism when everyone can be a witness

In this publication on Medium, Storyful’s Mark Little sheds a light on the (newish) role of journalism and related ethical as well as professional issues. All this in an era where, theoretically, everyone can be an (eye)witness and view gruesome images or videos shared on social networks. According to Little, while journalists should not necessarily share and distribute the atrocities they witness, they should nevertheless “build a historical record from an incomprehensible amount of content”.

Kredible.net – a research project on credibility and knowledge shaping

Kredible.net is a research project funded by the US National Science Foundation. A multidisciplinary team of researchers of Purdue University, Indiana, investigates how social media, especially Wikipedia articles and editors, shape public knowledge. One aim is to reveal how social media leaders gain authority to shape public knowledge. Another project goal is to set up a research community and propose a research agenda for the study of reputation and authority in informal knowledge markets, such as Wikipedia. Hence, the work of Kredible.net may be of interest to other research undertakings dealing with credibility and opinion forming.

Source: Kredible.net – thanks to REVEAL’s / NCSR-Demokritos’ Dimitrios Vogiatzis for spotting and sharing this.

We have reported about it a few days ago: the REVEAL public project deliverables (in other words: reports about what has been done in the project) have been published and are available to an interested audience. You can find them in the Deliverables section of our website.

And finally: verification workshop at ICME 2015

We reported about it before, so this is just a reminder: on 29 June 2015 REVEAL will be co-hosting a workshop entitled “Web Multimedia Verification” (#wemuv2015), co-located with the ICME 2015 conference in Torino, Italy. Submission deadline for papers is 30 March 2015. So if you are active in verification research, make sure you do not miss this opportunity.

IESD’14: Reveal at the Workshop on Intelligent Exploration of Semantic Data 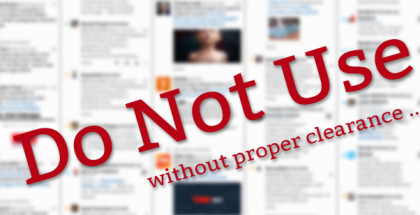