REVEAL partners at the WWW’14 conference in Seoul, Korea

We already reported that, in April 2014, some of the REVEAL partners went to the WWW’14 conference in Seoul, Korea, to present at the SNOW workshop, which stands for Social News On the Web. Deutsche Welle’s Jochen Spangenberg was there to interview many participants. Some of them you can see in the video.

Alejandro Jaimes, then Director of the Yahoo Research Lab in Barcelona, told us that “it is all about Big Data”. Journalists will not become redundant in the near future, especially when it comes to verifying content: journalists will still need to raise questions that are important for society, also in the years to come. Thomas Steiner, postdoctoral researcher at the University of Lyon and Customer Solutions Engineer at Google, Hamburg, explains what to look out for when verifying events such as floods. There, time plays a very important role, according to Thomas. And, last but not least, Symeon Papadopoulos, postdoctoral researcher at Thessaloniki-based research institute CERTH and also a REVEAL partner, provides some insights about the WWW conference and SNOW workshop in general.

As a summary of Bill Kovach’s and Tom Rosenstiel’s book “The Elements of Journalism”, this post lists some of the most important “elements to good journalism”. One of the conclusions drawn from the chapters is that “Its essence is a discipline of verification”.

Here you can read about some interesting examples of news websites that take pictures out of context and wrongfully use them for different stories. “Distorting news images in this way demonstrates contempt for readers, betrays their trust and insults the efforts of photographers”, claims the author Julian Rademeyer.

Interesting read from the academic perspective: according to a pilot research study at the University of Technology in Sydney NSW, Australia, “authoritative sources, reliability, accuracy, and credibility appear to be prime concerns of the journalists”. The study takes a closer look at the role of social media and the opportunity to crowdsource the verification process by allowing so-called “ambient journalists” to take part.

Ok – granted, the following is not really a verification platform for journalists, but it depicts how verification can also be executed: The website “Where is this” is a platform to which users can submit a picture and ask the community where it might have been taken. For each individual picture you can see people guessing and how they tried to verify the location by checking it via Google Image Search or similar services. For example, check out this picture – possibly in Japan? – and see how the community is trying to find out where it has been taken.

Source: Where is this 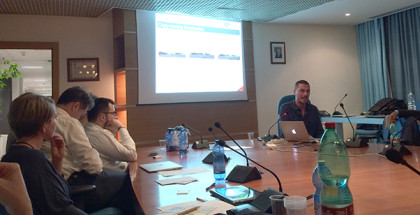 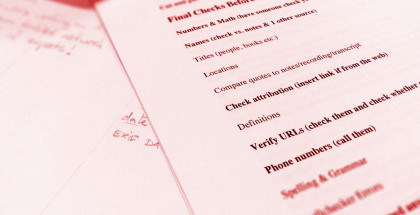 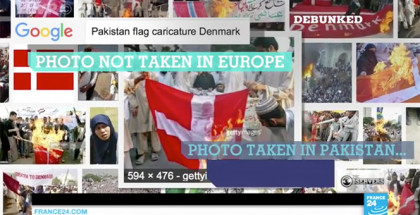