In a contribution to The New Yorker Blog, freelance journalist Adrian Chen investigates whether the Chrome browser extension Tweetcred can aid verifying content that is posted on Twitter, as its developers from Qatar’s Computing Research Institute and the Indraprastha Institute of Information Technology in Delhi, India claim. Once installed (for free), every tweet you view in your (Chrome) browser gets a form of “credibility ranking”, ranging from one to seven stars. Users can also give individual tweets their own score, thereby improving the algorithm that is based on “forty-five different characteristics to calculate its credibility score”, according to Chen, who also outlines the pros and cons of the service in his contribution.

Postscript: after testing Tweetcred for over a week, I have to say it is rather useless as the weighting by stars provides little clues as to the accuracy of tweets.

Fakes of the week – collected by the Washington Post

As there are so many fakes and manipulations going viral, the Washington Post hast started a new column that rounds up some of the top fakes of the week every Friday. According to its authors, it is a collection of “fake photos, misleading headlines and bad studies that you probably shouldn’t share over the weekend”. Well worth checking out to round off your week!

Verification and the BBC

The need for and importance of verification was once again stressed in the csae of the Nigerian girls who were abducted by extremist group Boko Haram, when an image of a girl who was not Nigerian was used in the campaign #BringBackOurGirls and went viral, also via the BBC. Asked about the incident at the Social Media Summit in London on 16 May 2014, BBC director of news and current affairs James Harding said that when it came to verification and such incidents, this is not taken lightly at all at the BBC. Harding added that there is, however, some form of self-correcting mechanism going on at the same time: “The world has turned into a giant fact-checking machine.” As a general advice, the BBC’s director of news and current affairs has a simple rule for journalists: “Don’t say anything on social media that you wouldn’t be happy to say on air.”

Sources: The Guardian and The BBC College of Journalism

Twitcident – a tool for filtering information and alerting about incidents

Another “new  kid on the (tool) block” is Twitcident, developed by CrowdSense, a privately owned spin-off of the Dutch National Applied Research Institute (TNO) and the Technical University of Delft. Acording to the company (and based on information supplied on the Twitcident website – no testing has been possible by us yet), Twitcident helps users to quickly identify and manage risks and incidents. It filters multiple social networking sites simultaneously, including Twitter, Facebook and Instagram, and alerts users via mail or SMS about emerging events in the user’s region or area of interest.

Although not dealing directly with verification issues, we feel it is worth and important to also highlight the recent publication (or should we call it leakage?) of the New York Times‘ Innovation report in our weekly column. The reason being that the report sets out in great detail how the Times sees itself today and what the reports’s authors consider as vital in order to move further into the digital world and become a successul player among the likes of Buzzfeed and Vox. Obviously, Social Media plays a very important part in this, and hence the importance of verification in this context is stressed once again, albeit indirectly. All-in-all, the 96 pages are well worth a read as they provide highly interesting insights and approaches.

Note: the report and its content have been widely discussed in the community, taking various positions – many of them also of great interest. While some call it a “must read” for all involved in digital media production and dissemination, or a “key document of this media age”, others simply label its content “a disaster”. If you like to share your views with us: we’d love to hear from you. Either here in the comment section or via Twitter. 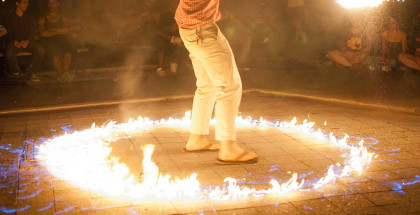