As we did in this year’s first Verify This Week (01/2015), in this issue we are looking back to 2014 providing another round-up of noteworthy activities and projects in the verification and UGC sphere. And, as always, we portray what is “hot” and of interest to those dealing with user-generated content and the debunking of hoaxes, rumours, misleading information and the like.

December 2014 saw the launch of First Look Media’s social media newsroom Reportedly. Operations started on 5 January 2015. The team behind reported.ly consists of Andy Carvin, Marina Petrillo, Asteris Masouras, P. Kim Bui, Malachy Browne and Wendy Carrillo – all very knowledgeable and experienced journalists who know how to deal with Social Media. Their aim is to bring global news directly to its audience (you!) and do so with participation of “the crowd”. To start with, the staff of six will operate for 18 hours per day between 3am – 9pm ET, reporting from various time zones across the globe. Reporting will mainly take place via Twitter and Facebook.

Concluding, reported.ly is thus another attempt of an eyewitness media project taking shape. We’ll be monitoring it closely and wish the team good luck in their endeavours.

2014 saw the launch of another project dealing with debunking of rumours and detecting false information: emergent.info. It is led by “old verification hand” Craig Silverman, adjunct at Poynter (“Regret the Error”), Tow fellow and also editor of the Verification Handbook, another landmark publication in the verification sphere (a new edition has been announced for publication in 2015, and we look very much forward to reading it).

Emergent, a real-time rumour tracker, “is part of a research project with the Tow Center for Digital Journalism at Columbia University that focuses on how unverified information and rumour are reported in the media. It aims to develop best practices for debunking misinformation.”

Tow Study: Dealing with User-Generated Content in TV and Online

We reported about it before (e.g. in the context of the shooting down of Malaysian Airlines flight MH17). But as it is one of the most important and exhaustive studies that was published in 2014 on the dealings with UGC by news providers, we certainly cannot skip it in this round-up. I am referring to the study by Claire Wardle, Sam Dubberley and Pete Brown of the Tow Center for Digital Journalism entitled Amateur Footage: A Global Study of User-Generated Content in TV News and Online Output.

The core questions of the study centre around two topics: 1) use of UGC by news organisations; and 2) issues caused by integration of UGC into news output, and how to deal with it.

One of the conclusions of the above-mentioned authors, who sampled eight 24-hour news channels, recorded over 1,000 hours of TV output, and captured more than 2,500 web pages over a three week period at the end of 2013 was that “… for the most part, journalists do not view the integration of UGC as a participatory, collaborative activity. Instead, they set the agenda and use content supplied by their audiences when they feel it is relevant.”

Also very well worth a click and your time: the work of Witness.org. The Witness Human Rights Channel finds and verifies citizen videos of human rights abuse. It was launched back in 2012, is powered by Storyful, and hosted on YouTube. The year 2014 in review can be viewed here.

Similar to the work of and concept behind the Witness Human Rights Channel is a new project entitled Irrepressible Voices. It aims at becoming a participation platform for videos about human rights issues, using the community of contributors to work as a network and “discuss, rate, verify and work on solution proposals with partner experts”.

We reported about Grasswire in April 2014 when it was in beta status. Grasswire has now been scheduled for launch in January 2015. According to Mathew Ingram, we can expect some “kind of Wikipedia-style platform for real-time news”. Those interested can sign up now to get notified when the service, labelled “The Internet’s Newsroom”, launches. 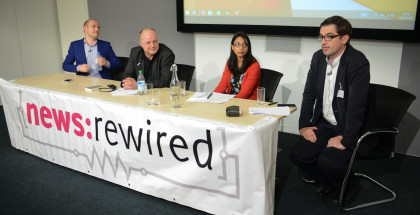 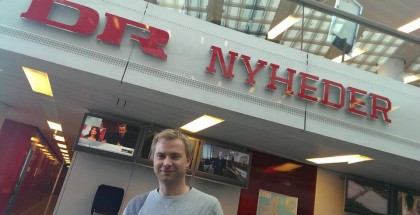