On 21 September 2015, REVEAL was represented in the session “News and User-Generated Content” at Prix Italia 2015. The panel discussed the impact of eyewitness media on the news business, what has changed in the past, and how to deal with respective challenges now and in the future. This provided an ideal opportunity to also showcase some of our REVEAL activities.

The session “News and User-Generated Content” covered various aspects of relevance when it comes to dealing with social media in news. It focussed on aspects of sourcing content from social networks, e.g. as part of the newsgathering process, dealt with the important aspect of verification, raised legal issues surrounding the matter, gave practical advice and triggered further debates and reflections on the topic among a mostly journalism-focussed audience. 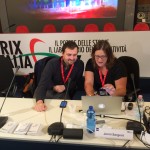 Two topical experts moderated the discussions: Jenni Sargent of Eyewitness Media Hub and Tom Trewinnard of Meedan. In addition to ensuring a smooth running of individual presentations and discussions among participants and with the audience, the moderators also brought their know-how and expertise into the debate.

Jenni’s contributions focussed primarily on ethical aspects: how to deal with source crediting and issues relating to vicarious trauma (for more information on these important issues see also the publications of Eyewitness Media Hub. If you are a journalist dealing with graphic material and its effects, EMHub would very much appreciate your participation in their study on vicarious trauma).

Tom, in turn, pointed to ways of collaborative verification, as done by the likes of Eliot Higgins and the team at Bellingcat. They do so partly with the help of Meedan’s Checkdesk.

Malachy Browne, managing editor and Europe anchor at Reportedly, kicked off after an introductory round with the first presentation of the day. During his presentation, Malachy pointed to numerous resources that can be used for the sourcing of information from social media as part of the newsgathering process. He also gave lots of valuable expert advice on how to deal with this abundance of sources.

Some of the tools and platforms used by Malachy and the team at Reportedly can be found in Malachy’s tweets of the day (21 September, especially those numbered from 1 to 11). Also of great value: the resources made available and shared freely on First Look Media – check out for example Malachy’s pocket guide to video verification and more useful tips on Reportedly.

Dhruti Shah, journalist at the BBC’s User Generated Content and Social Media Hub, pointed out that old journalistic core values and techniques still apply – and the advance of social media has not fundamentally changed the principles of journalistic work. This includes asking the famous “W” questions: Who, What, Where, When and Why. 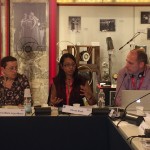 An excellent tool to get closer to the truth for this matter is the good old telephone: talking to a source directly can reveal so much, Dhruti pointed out. By engaging in conversation with a supposed eyewitness directly, a trained journalist can often tell very quickly whether his or her counterpart really did witness an occurrence – or is simply making up a story.

Not surprisingly, traditional journalistic skills and experiences also matter when it comes to dealing with social media content. It’s just that the tools and methods that can be used to access those sources, respectively content, have changed profoundly with the advancement of digitization. Journalists have to learn how to use them to their advantage! This is a point that was echoed throughout the panel session.

Building up networks of trust 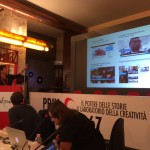 Julien Pain, editor at France 24‘s Les Observateurs gave many practical tips and outlined how he and his team deal with UGC and respective contributors at Les Observateurs.

The strategy there, according to Julien, is to build up a “trusted network of contributors”, namely the Observers. To become an Observer, prospective candidates have to go through some form of “vetting process” in which contact details, location and other information is gathered and stored in a database. This way, France 24 can quickly draw on first hand accounts of trusted sources with whom a relationship exists already, instead of always starting afresh searching for reliable contributors when something happens in various locations of the world.

Asked whether France 24 pays their contributors, Julien responded that, generally speaking, no payments are made for contributions. However, there is one exception: when France 24 specifically asks an Observer to check on a particular aspect of a story and this involves efforts on the contributor’s side that is triggered or requested by France 24 (e.g. the newsroom asking someone to go somewhere to cross-check on a particular story or item), then financial compensation is offered.

Also of interest: France 24 tries hard to maintain close relationships with their Observers. For example, this involves trying to meet up in person when a France 24 journalist is in a region in which an Observer lives.

The importance of verification

The presentation of Jochen then focussed on the importance of verification of social media content in the newsgathering process. The importance of “getting it right” was pointed out, especially for those whose reputation is built on trust and reliability. That is why getting it wrong once, as numerous examples have shown, can have a bigger impact than getting it right hundreds of times. 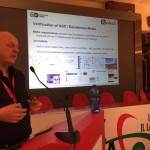 Getting things wrong also has the potential to damage a news provider’s brand. While mistakes cannot be avoided completely, everything should be done to keep them to a minimum, and learn openly from them if they occur. Tools can help a lot in this context. REVEAL aims to support this.

It was furthermore stressed that training initiatives and getting journalists accustomed to verification techniques and tools need to be provided by media organisations. That includes environments in which journalists can best perform verification tasks, providing them with respective tools, passing on know-how and supplying an infrastructure that is suited to carry out the necessary jobs.

Finally, Jochen stressed the need to protect sources and do everything to care for the safety of contributors. This should be the overriding concern of  individual journalists as well as media organisations when dealing with eyewitnesses and user-generated content.

“The more, the better – ideally collaboratively.” This sums up an initiative that was referred to and is co-led by Anne-Marie Lupu, TV news editor at Eurovision / EBU.

Currently, the EBU is in the process of setting up and running an international verification network. Its aim is to pool resources and skills and work collaboratively on verification tasks, and share subsequent results.

At present, participants in the network mainly come from European public service broadcasters, but the initiative is also open to others who share similar values and aims. REVEAL has established close contacts with the initiative some time ago, and we are already in the process of sharing and exchanging ideas and insights. 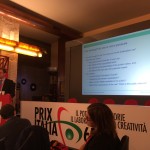 Legal aspects regarding the use of content residing in social networks were covered by Adam Rendle, lawyer at Taylor Wessing. Adam gave much useful advice on the matter.

Copyright issues were central to Adam’s statements. So were privacy issues. A simple message: these should be respected! Hence they need to be known, including possible consequences in case of breaking existing laws and regulations. That is why journalists need to be aware of what is possible and what is not, in order to avoid expensive lawsuits or other damages. Media organisations, for their part, need to produce respective guidelines and provide trainings to staff dealing with UGC.

For those interested in further information on these matters, see for example these practical guidelines for dealing with UGC in news reporting, compiled by Taylor Wessing. Also of interest in this context: what one should know about social networks’ terms of use. 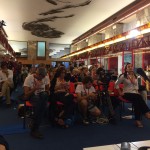 The session “News and User-Generated Content” at Prix Italia was a very worthwhile undertaking in which many important issues surrounding the use of eyewitness media in news were raised. Practical tips and advice were given, best practices were showcased, and a fruitful exchange of ideas and projects took place.

Judging by the packed conference room and the positive feedback received afterwards, it seems like the session was a big success and raised aspects that provided food for further thoughts. Certainly, using eyewitness media is “here to stay”. It’s up to the news profession and related industries as well as initiatives to make the most of it.

More about the event

Journalists Andrej Cebokli (RTV Slovenia) and Marina Strauss (Deutsche Welle Germany), who participated in the EBU’s SkillsXchange at Prix Italia 2015 conducted an interview with Jochen and Dhruti, in which they talk about various aspects of sourcing and verifying information residing in social networks. The respective article can be found here, while you can also view the video interview directly by clicking on the image below.

Dhruti also put together a selection of tweets about the session and related comments. These can be found here.

If you want to look up more tweets about the event and what was said, you may want to do so by searching for the hashtag #PrixUGC on Twitter.

When dealing with the verification of eyewitness media, an excellent destination to turn to is the web presence of the First Draft News coalition. The aim of the site and coalition is to bring together resources in one central repository. Contributions range from expert interviews to tool tips, and include – among others – practical advice as well as publications dealing with the formulation of guidelines.

You may also want to check out this collection of verification resources on the DW Innovation blog.

And, of course, have a look at what we have written elsewhere on these pages.

Photo credits: all images by Jochen Spangenberg, unless stated otherwise

Send in the Robots: Automated Journalism and its Potential Impact on Media Pluralism 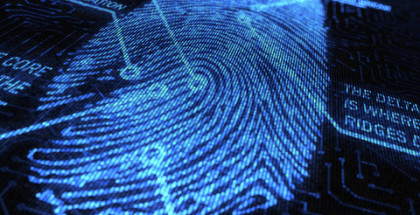