Back after the break: here’s Vol. 5 in our series about REVEAL results. In it, Nokia Bell Labs, France, portray what they have been working on – namely influencers and search. 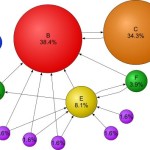 In the area Social Graph Influence Computation, Nokia Bell Labs built a java library that can compute the “global influence” of nodes in a graph where edges represent some kind of influence, and do so in a very fast way. It works by quickly computing the main Eigenvector of the adjacency matrix of the graph (it works on graphs with millions of nodes, where specialized software like Matlab or Gephi will not be able to compute it in a reasonable time).

The REVEAL implementation of this module constructs the graph on the fly by reading data from a mongoDB database, and determining the edges between the nodes (by observing retweets and replies in the case of Twitter, replies and mentions in the SAG data), then it runs the D-Iteration algorithm on the resulting graph in order to compute the global influence of a user (a user is more important if s/he influences other important users) which is equivalent to the Pagerank score of that node. 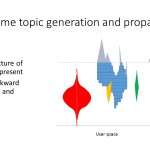 This module is divided into two separate executables, a background one which is invoked every time we have collected an important amount of tweets (e.g. 5000) since the last execution, and a live one which can be invoked “on the fly” in order to find possible sources of a piece of information. We are using a similarity measure called Joint Complexity which allows for many reformulations of a text in order to detect when someone just rephrased the information, instead of using the Twitter “Retweet” feature. We go back in time among all the pre-processed tweets in order to find the oldest possible one which becomes a likely source.

The implementation of the Source Finder Module, which is only exploring tweets that have been fed to the system (by crawling through the creation of streams), led Nokia Bell Labs to the conclusion that one may sometimes* prefer to directly try and request Twitter for tweets that are similar to a given piece of information. This stand-alone prototype allows to specify a list of keywords to use in the Twitter Search API (it will ask the API for all possible subsets of these keywords), and a reference text that will be used in order to sort the tweets returned by the API according to their similarity with the reference text.

It is a very nice complement to the basic Twitter search box which either returns no tweet at all if you specify too many keywords, or drowns the tweet you are looking for under thousands of others when the keywords you specify are too generic. This prototype was successfully demonstrated during Nokia’s FutureX Days in October 2016.

A demo can be downloaded from https://github.com/GerardBurnside/TwitterSearchDemoLight

* Note that the Twitter Search API only guarantees to provide extensive results for tweets that are less than one week old, after that time the API will return a limited amount of tweets.

If you would like to provide any feedback on the work performed and illustrated above, this would be much welcome. Also, if you want to get in touch for any related issues, please do not hesitate to get in touch with Nokia Bell Labs’ Gerard Burnside.

All information and material provided above are operated and have been supplied by Nokia Bell Labs. Unfortunately, as the REVEAL work and outcomes of Nokia Bell Lab are not open source, no access to code can be given. Nokia Bell Labs provide the information “as is” and for demonstration purposes only, not assuming any responsibility / liability of whatever nature. Neither the REVEAL consortium nor the hosts of the REVEAL website are liable for anything resulting from usage of the above demos / information either.

REVEAL Gamification for the ARIS Community 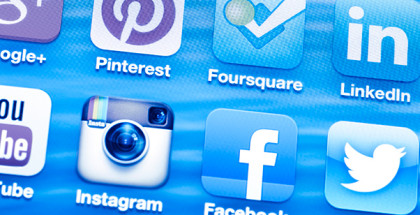 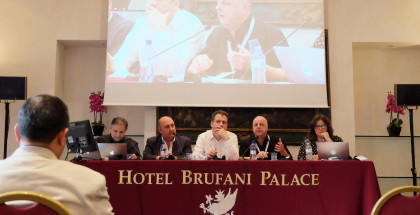 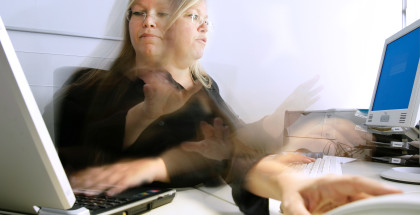