Another hearing of the Google Advisory Council on the Right to be Forgotten took place in Brussels on Tuesday, 11 November 2014 . Brendan Van Alsenoy and Jef Ausloos of the Interdisciplinary Centre for Law and ICT at KU Leuven, a partner in REVEAL, look back at the series of hearings and highlight some of the most important (and less important) points. This article is a reproduction – with minor adaptations – that originally appeared on the blog of the London School of Economics. It is reproduced with the kind permission of the aforementioned authors, who are editorially responsible and hold respective copyrights, unless stated otherwise. We re-publish the article here because of its relevance for REVEAL and related undertakings.

In May 2014, the Court of Justice of the European Union (CJEU) decided that individuals can – under certain conditions – ask Google to modify search results. Three weeks later, Google launched a web form to comply with the Court’s ruling. This proved an instant success: within 24 hours, Google received more than 12.000 requests. But some requests appeared to be trickier than others. In July 2014, Google announced the establishment of the so-called “Advisory Council on the Right to be Forgotten”. This Council, comprised of external experts, was to develop guidance on how search engines should balance one person’s “right to be forgotten” with the public’s right to information.

From the outset, the hearings were heavily criticized. Detractors labelled the hearings either as a “PR stunt” or a thinly veiled lobbying effort. Nevertheless, it would be foolish to ignore the hearings altogether. Renowned experts from across the EU participated in the seven public hearings to submit their views. The result of these hearings was something of a “mixed bag”, leaving us with both things to remember and things to forget.

Not all input was equally constructive. Several experts spent the bulk of their time questioning the wisdom of the CJEU rather than offering concrete guidance. These interventions were usually characterized by one or more of the following fallacies:

All that happens must be known

Several experts implied that accessibility of information is a binary function: either it’s public or it’s private. And if it’s public, it should be accessible through Google. In reality, things are much more complex. Data obscurity can be a good thing, even for information which is otherwise “lawful” or part of the “public record”. For example, should we be able to find out that our neighbour was the victim of a crime by performing a name-search on Google? Or that she went through a painful break-up five years ago? The freedom to receive information simply doesn’t provide a carte blanche to do background checks on your fellow citizens. Even if information by itself is relevant to the public interest, perpetually linking it to an otherwise “non-public” person can be disproportionate.

Google is our appointed archive of the Internet

No one can negate the tremendous value of search engines. We should be wary, however, of the argument that cutting a link between a specific name and a specific website is the same as “rewriting history”. After all, history is not defined by what Google shows us. Contrary to our traditional guardians of information (such as newspaper archives), search engines offer no warranties in terms of objectiveness, completeness or neutrality. It was therefore surprising to hear some experts claim that the ruling endangers investigative journalism. We’d be rather sceptical of the investigative journalist who relies solely on Google (or any other internet search engine) to conduct research.

All publishers are equally responsible and responsive

Finally, a recurring presumption was that all websites have in place strong editorial safeguards and well-developed procedures for dealing with data subject requests. While this might hold true for traditional media websites like the BBC or Le Monde, such responsibility and responsiveness can hardly be attributed to all websites. According to Google’s recent transparency report, the top ten websites most impacted by requests are in fact outlets of a very different nature (e.g. facebook.com, youtube.com or badoo.com). Many of these sites also reject editorial responsibility, making effective redress at the source less than obvious.

Fortunately, the hearings were not entirely dominated by rhetorical stratagems. Constructive suggestions were made, the discussion of which helped shed light on some thorny issues.

The majority of experts felt that Google should not go it alone. The search engine provider was repeatedly told to engage with publishers and website operators before granting a request. After all, these entities “have all the facts” and could therefore assist Google to “do the right thing”. Others argued that publisher notification was likely to do more harm than good. Frustrated publishers were bound to draw greater attention to the content in question, a phenomenon commonly referred to as the “Streisand effect”. Others argued that publishers should be consulted only in difficult cases, possibly with the consent of the individual concerned and under the proviso of a confidentiality obligation.

Some experts argued that notifying the publisher was not enough. As a private actor, Google is simply not fit to strike the right balance between privacy and freedom of expression. Instead, Google should defer its decision to a separate body, which would act as an independent arbiter between publishers, search engines and data subjects. This approach would yield benefits in terms of due process, transparency and accountability. Skeptics wondered how this body would be funded and questioned its potential for true independence. Interestingly, some reluctance could be detected among certain publishers who feared that participation in such proceedings would entail considerable overhead.

A third recurring theme concerned the territorial reach of the right to be forgotten. Should Google modify its search results globally? Or should it only modify results shown within the EU? Different approaches were discussed, from reliance upon domain name extensions to the use of geographic filtering tools. Only few ventured so far as to suggest that Google should simply implement the CJEU’s ruling globally. Perhaps because Google itself regularly mentioned that only 5% of EU users bother to switch to google.com. Surely an impressive statistic, yet one which concerns the totality of European searches rather than searches on the basis of a person’s name.

The report of Google’s Advisory Council report is expected to appear in early 2015. By then, the Article 29 Data Protection Working Party will also have had its say. What Google does with all this guidance is yet another matter. The search engine operator has intimated that it will not shy away from further litigation if necessary. A recent Dutch ruling, in which Google managed to ward off a request for injunctive relief, has already illustrated this. But the story does not end there: negotiations on the EU’s data protection reform are still in full swing and insiders expect that Google will continue to lobby heavily in order to tilt the outcome of these deliberations in its favor.

This article gives the views of the authors, and does not represent the position of the LSE Media Policy Project blog (where the article appeared originally), nor of the London School of Economics, nor the REVEAL project consortium. 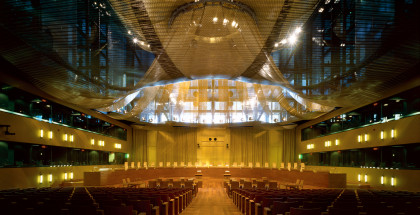 Dealing with UGC and its ownership – Interview with DW’s Head of Soc... July 20, 2016 | Jochen Spangenberg 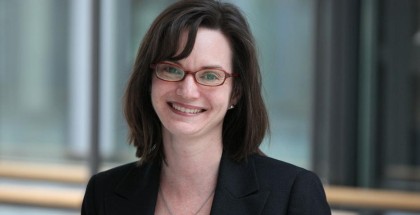 Send in the Robots: Automated Journalism and its Potential Impact on Media Plura... September 21, 2015 | Pieter-Jan Ombelet 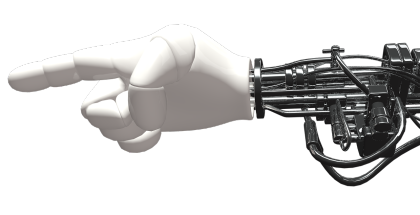 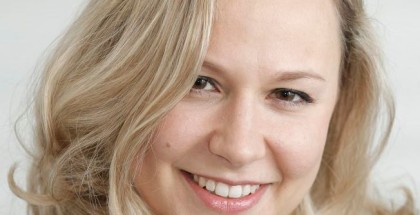